We are delighted to share our passion for wines that embody both our family tradition and the character of our special place in New Zealand. 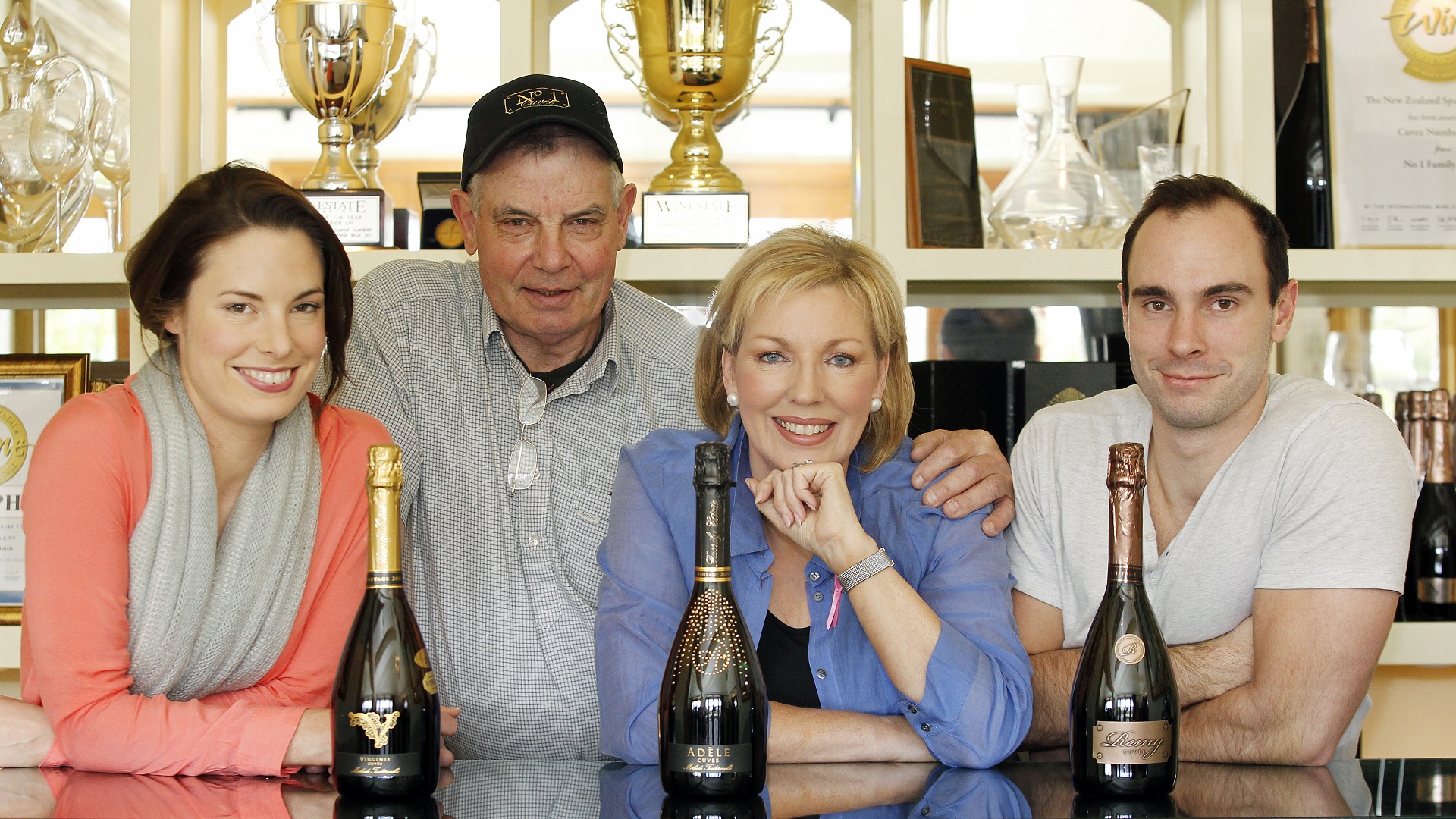 Daniel Le Brun has been called the Grandfather of Méthode Traditionelle in New Zealand. Daniel is involved in every stage of creating our wines and is somewhat of a perfectionist, never wavering in his commitment to creating wine the way he learned from his father in Champagne.

Daniel's wife, Adele, is responsible for marketing and business development. Adele has built two successful, nationally recognised brands, most recently No. 1 Family Estate. Adele is the force behind our elegant bottles and labels which have won international acclaim and much admiration in the cellar door. Adele is passionate about the future for New Zealand Méthode Traditionelle in the worldwide market and is a founding member of Méthode Marlborough, a group dedicated to building recognition and respect for the heritage and quality of Marlborough's Méthode Traditionelle wines.

Virginie Le Brun was an actress and TV presenter and has starred in New Zealand’s most iconic children’s show “What Now” and the nation’s most loved and long running TV soap “Shortland Street”. Virginie joined the family business as  Global Brand Ambassador in London from 2013 -2017 and is now the Domestic & International Sales Director based in Auckland.

Remy Le Brun After leaving school, Remy gained a Diploma in Film and a qualification in Fitness Business and Personal Training before immersing himself in the No1 Family Estate business. Remy is finishing his bachelor’s degree in Viticulture and Oenology and is managing the vineyard in Marlborough. He will be the 13th generation of Le Brun family winemakers.

Both Virginie and Remy grew up surrounded by vineyards and in tune with the rhythms of viticulture and winemaking. They are proud first generation Kiwi members of the Franco/New Zealand Le Brun family and the inspiration behind two of our limited edition vintage wines. Cuvée Virginie and  Cuvée Remy were made by Daniel to mark Virginie and Remy's 21st birthdays and, for Adele, Daniel created Cuvée Adele to celebrate a special milestone birthday.